Stars shine through the rain 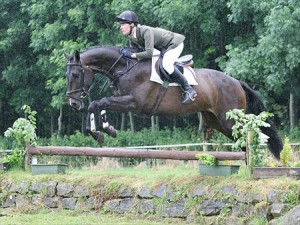 All the professionals turned up for the first of the FEHL Qualifiers at Chris and Sue Ryan’s popular Scarteen venue last week. True to form of previous years, the heavens remained open for all of the four-year old classes but could not detract from the eye-catching performances of the youngsters.

Gone are the days of multiple eliminations and bar the derby rails on top of a bank, clear rounds would have been in abundance. Louise Codd, now running her own yard as well as riding Alice and Barry Kehoe’s Westwinds event horses, won the opener riding Ballycreen Milord.

The King’s Master gelding, purchased by Sally Parkyn to go eventing for her friend Helen White, now residing in the U.K. finished 10 marks ahead of Sassy Cassy, a mare by Cascaletto St Ghyvan ridden by James O’ Haire, with the good looking Ghareeb gelding Spring Galaxy, ridden by Jo Dudley, in third place. 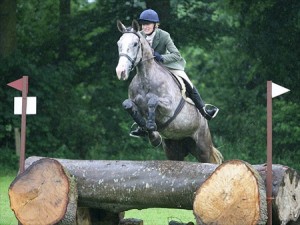 Competition was much hotter in the second section of the four-year-olds where the first four home finished within three marks of each other. Claire Connors’ owned, ridden and bred Grange Bouncer mare Bally Bouncer won the class from Dervor Lad (by Harlequin du Carel), ridden by Louise Codd, with Chief Sensation (by Red Navajo), with Claire Lambert in the saddle, taking third place. 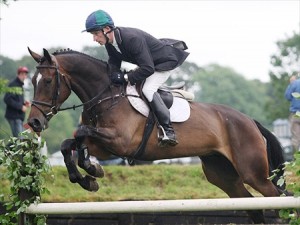 Seamus Hayes gave an outstanding display of jumping in the first section of the five-year-old class on June Burgess’s Over the Vee. Combined with the leading dressage mark, the Ard Onio gelding went on to win the class from CAFRE Golden Eclipse (by Aldato) – one of Katie O’ Sullivan’s four rides of the day and equally impressive over the fences, with Sarah Ennis producing the only clear round inside the time taking third place, riding Stellor Rebound (by VDL Ricochet). 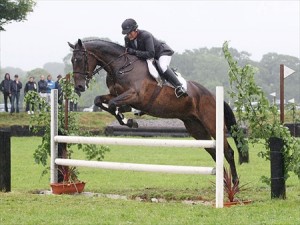 There was an impressive line-up in the second section of the five-year-old class where last year’s league winners Mary Kehoe and OBOS Kristoff led the field. David McCann’s newcomer to the FEHL circuit but already a winner under EI Rules, Bosun (by Cruising), ridden by Claire Gilna, came second with John Bannon and Remax Royal Touch (by Touchdown) in third place.