Sold to the USA in Spring 2016 and is competed by Erika Fichter Erlandson. 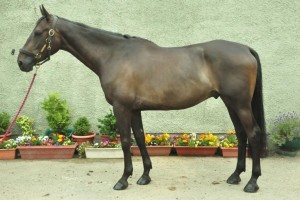 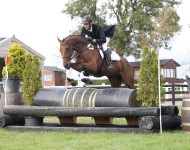 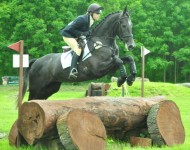 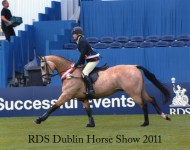 Name: “Monatrea Q”  (Q)
Description: Dun gelding, 2004, Approx 153cms
Sire: Templebready Fear Buí  (CP)
Dam: Monatrea Zoe (TB)
Breeder: Laura Griffith
Campaigned successfully at CNCJ* level. Also had some very good rounds in the Small Event Horse Qualifiers for Dublin over FEHL tracks (1.10m – 24 fences) including win and place. Went on to the RDS where he was unlucky not to lead after the first phase – an unusual 6 fence zig-zag test. Then in the Main Arena on the second day of this competition jumped one of only 2 clear rounds to finish Reserve Champion. Also winner Working Hunter Pony and Performance classes IPS Area Show. Sold Spring 2012. 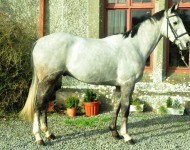 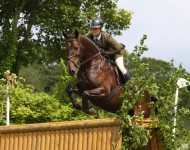 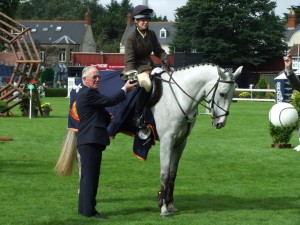 Bought in March 2010 already in work so able to continue straight on with further education. Very good attitude – quick to learn and showing a very mature response to any situation. Produced through the Spring with FEHL classes in mind and won on his first outing to qualify for Dublin. Placed at subsequent FEHL qualifiers and competed in Eventing Ireland Intro at Clyda before his big outing to the RDS. From 2nd place in the first two phases, he went into the Main Arena on the 2nd day and despite the pressure of atmosphere and strong track, coped extremely well to jump one of only two clears, ridden by RDS first-timer Camilla Kear, to end up the winner by a narrow margin. Huge achievement to win this prestigious class, judged by world-class eventing personalities Bettina Hoy, Mike Etherington Smith and Richard Meade.
On a wet and miserable day he again showed his attitude and ability when gaining selection for the Goresbridge / Monart inaugural Select Event Horse Sale. He went on to rubber stamp his potential with a very good outing round a strong track at Lisgarvan House in a Pre-Novice class; with just one showjump keeping him out of the placings.
At Monart in November he caught the eye of a number of good judges and was bought by Tim Brown for the top price at the sale. Hopefully he will continue on his winning ways as they have plans to continue his campaign in the young event horse classes in England. 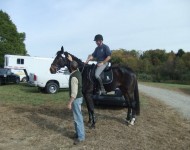 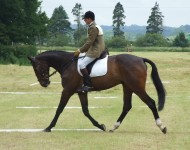 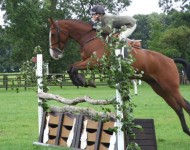 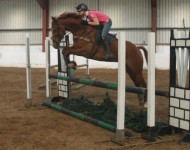 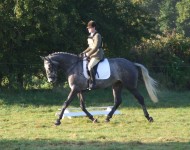 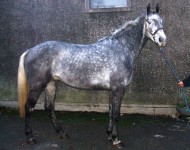 Name:  “Mr Smurphit”    (Smurf)
Description: Grey gelding, 2005, Approx 166cms
Sire: unknown
Dam: By Freddies Star
Had plenty of outings F.E.H.L. and Intro level Eventing Ireland to confirm the potential we had seen at home. Could have a great future if all goes to plan in his new home.